Here is an absolutely beautiful illustration series by Tatiana Plakhova who was inspired by the Northern Circumpolar Map that was published by Huntington in 1833. The work is a wonderful display of line work, circles, and light.

Check out the rest of her collection on Behance. 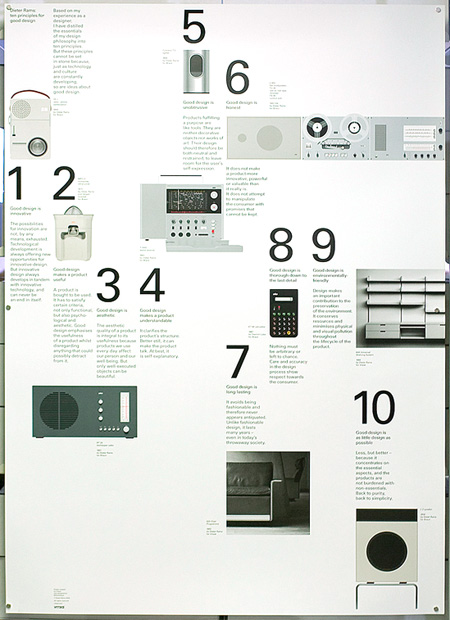 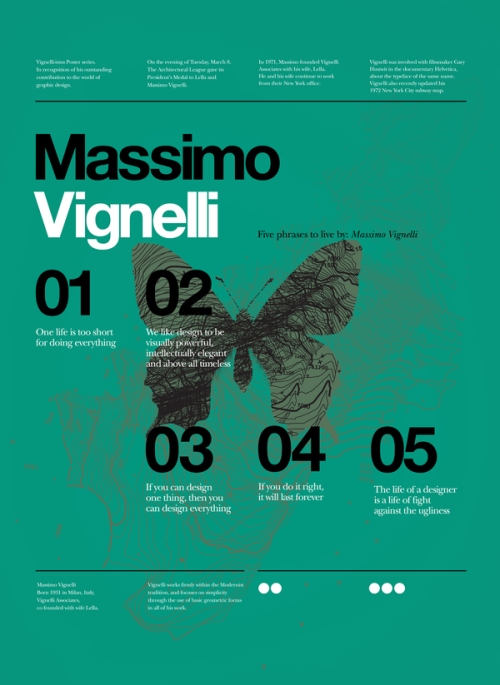 So I am starting a simple post series of my inspiration derived from my saves on Designspiration. If you haven’t got a chance to check out the site now is the chance. I was invited earlier this year to be a member of the site and have utilized this wonderful resource quite frequently. So above is just Projection 1 from the JetstreamProjector Designspiration inspiration bank. In these projections I will be posting just small selections of my most recent saves. The Projection 1 feature includes a wonderfully designed poster for the band Vintage Modernists, the essential Dieter Rams’ “10 Principle Principles of Good Design” poster, as well as a beautiful poster of the great Massimo Vignelli’s “5 Phrases to Live By.” Many many more to come.

Check out more of what inspires me: JetstreamProjector on Designspiration

I was tapped into the wonderful work from the master found-footage manipulator Jamie Harley late last year with his work with Memoryhouse and recently included a video he made for their new “For the Years” EP. Jamie simply searches for perfect visual counterpoint to the songs he loves. He does this by deconstructing old films and remolding them to harmonize with contemporary indie music.

I really held myself back from including all of his videos in this post. This video for local Sacramento band Ganglians really brings the visual elements up to par with their stellar music. If you haven’t heard of this band I don’t know a better way than this to be introduced with this remarkable video for “Bradley.” The altered minimal color palette produces a cold feel of the film which, in its beautiful imperfection, projects the music and visuals in a harmoniously. Makes you forget that the film and music were originally separate entities. It is absolutely lovely that almost every frame/scene could be a stopped in any moment in time to create a photographic gem. Now let it soak in your vision and dissolve in your memory.

Check out more his work here. 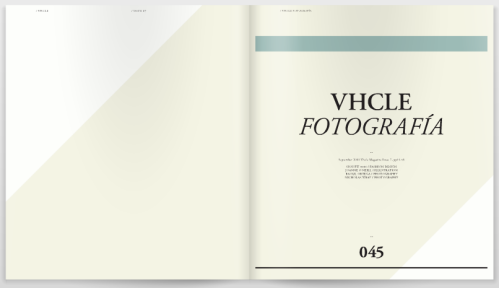 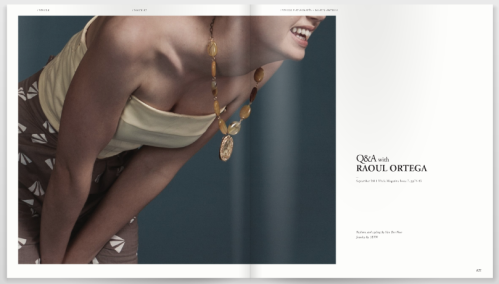 So I have big news to announce. I have recently joined the Vhcle Magazine team! I have always admired the Vhcle vision and I wasn’t going to let this opportunity pass me by. During the process of hopping on board I also brought my friend, colleague, and fellow JetstreamProjector contributor Bruce Mai.

We were given the incredible opportunity with Issue 7 to break down and reconstruct the entire magazine to give it a new and refined look. What really helped us gain a true understanding of the essence of the magazine was doing research and analyzing the past issues with a critic’s eye. Right off the bat, some of the important changes we decided to make were to establish a new grid and to update the typography of the magazine while maintaining the sophistication and independent feel of previous issues.

Another important layer we wanted to introduce was storytelling. Photos can be arranged and cropped in a strategic manner in order to tell a story and we wanted to use this as a tool to engage readers at more than just a contextual level but to bring a level of nostalgia or story discovery aspect. This is not to say that every section of the mag has blatant stories. The photos and other visual elements were arranged in a way to tell simple stories of multiple interpretations and develop a mood using the rhythm. Disregarding the cookie-cutter technique each spread is unique on its own and works in harmony with the other spreads to create a magazine that is not only viewed but experienced.

The cover and spreads featured above are from Issue 7 which was released on September 11th. As from this point forward we will be bringing nothing but progress of the magazine to you. Vhcle Magazine is only available online but with our team stronger than ever we plan to be in print very soon. This is just the tip of the iceberg of the evolution of Vhcle.

Get on over to Vhcle.com to check out the full issue and drop a line because we love feedback.

Check out the Bruce’s previous post on the magazine here. 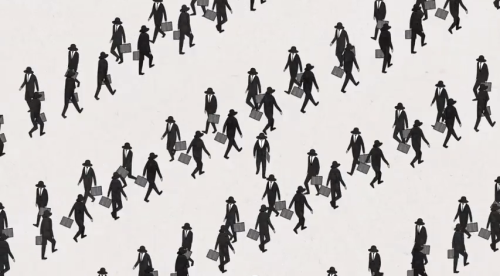 I featured this Brandt Brauer Frick in a post a long while back but I recently discovered there music video for the song “Caffeine.” The video was created by Danae Diaz and Patricia Luna based off of Diaz’s cover art for the Brant Brauer Frick’s album “You Make Me Real.” The video is very minimalist, which I love, and has a very simple yet engaging storyline. Reminds me a lot of the contemporary society of Japan, THX 1138, and a little bit of Kraftwerk’s “The Robots.” Drone!

I’m really excited to announce the early release of Tycho’s new album “Dive.” CD, vinyl, and direct download available over at the to ISO50 Shop. So far, I’ve ran through the album three or four times and I can’t get enough. This new music from Tycho has been long awaited and has far from disappointed. Looks like I’ll have my music set for my autumn/winter design sessions. 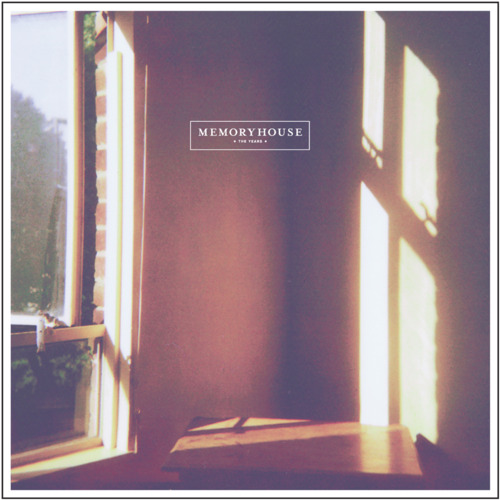 I am also super excited for “The Years” EP by Memoryhouse which was just released late last month. The video above is a full stream of the EP with new and unreleased visuals by Jamie Harley. Jamie does a wonderful job capturing the emotion and feel of the music in the visuals with the dreamy, washed out, and psychedelic imagery. I’m really anxious for the full length LP now.

Just recently I took a trip down to the SFMOMA to view the marvelous exhibit of Dieter Rams and his work with Braun. With his amazing ideals and ethos displayed on the walls in bold words and physically showcased with his Braun product designs on clean displays the experience was inspiring and remarkable. I have found myself steering more towards the idea of minimalism in my recent years as a designer and definitely see myself exploring more of it’s principles in the near future and beyond. A wealth of knowledge was gained after my visit to see Mr. Rams’ timeless work with Braun but much more is to be learned of this ideal. I am working on a post to discuss my observations and to show them photographically. Stay tuned. 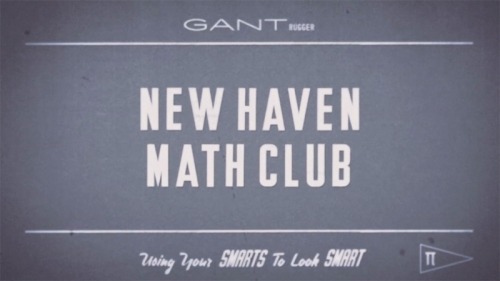 Here is splendid ad for Gant Rugger. I found out about video by doing a little digging on the work of art director Albin Holmqvist who is also the man behind the amazing typography of the EF – Live the Language videos. Holmqvist really did a great job at creating the typography to complement the subject matter in a nostalgic manner. It really has that old fashioned feel which was achieved by the vintage filmography and type style and most importantly the fashion.

Perhaps by paying attention to this quick tutorial, the viewer may adopt a few pointers on how to gain an impeccable sense of style.

Directed by NEWNEW by Fashion Tale.

Here is the artwork for Tycho’s new album “Dive and the first single from it “Hours.” Scott Hansen never seizes to disappoint musically and artistically. What always draws me into Scott’s artwork for his music is his photography aesthetics. The colors, imagery, and mood are always in unison with the music. I can’t wait to hear the rest of the album.

The “Hours” single is now available on iTunes. 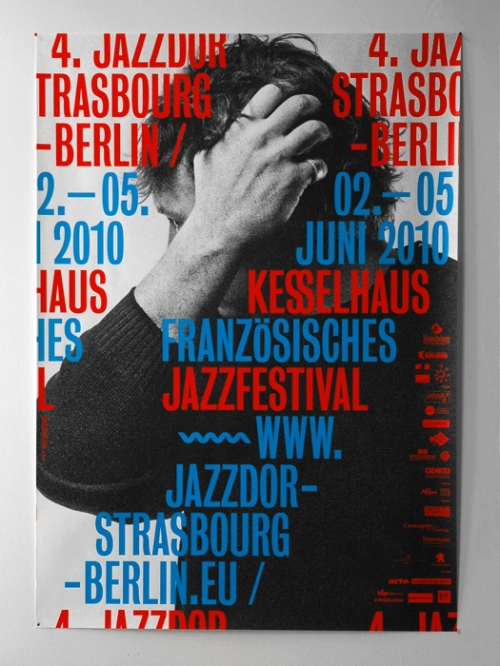 Stumbled on this new blog today called The New Graphic and through them discovered an incredible design agency call HELMO. I was stunned by all of the quality of their work. The posters above were from 2010 and 2011’s Jazzdor. They both show a wonderful usage of rhythm and pattern in typography which they do a fine job of integrating with the photography. The type placement in both posters really helps the viewer maintain a level of engagement. The Jazzdor 2011 poster has a beautifully inconsistent pattern of typography color over the chopped interval photography that is quite striking as well. I will definitely be posting more work from HELMO in the near future.